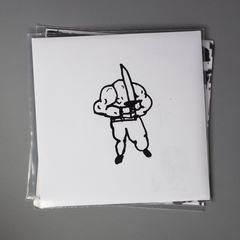 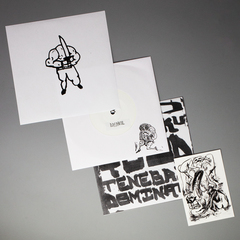 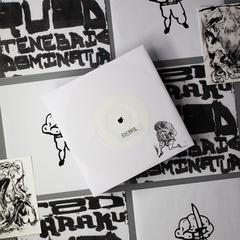 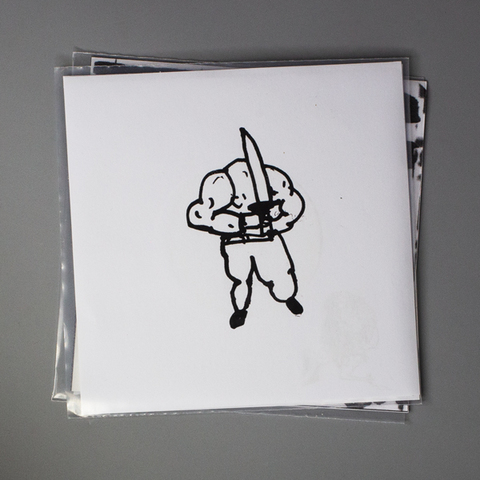 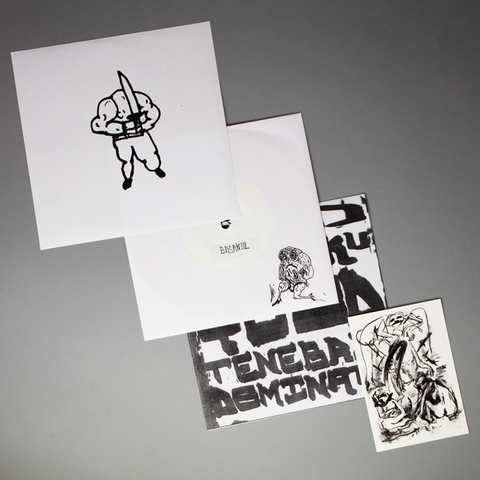 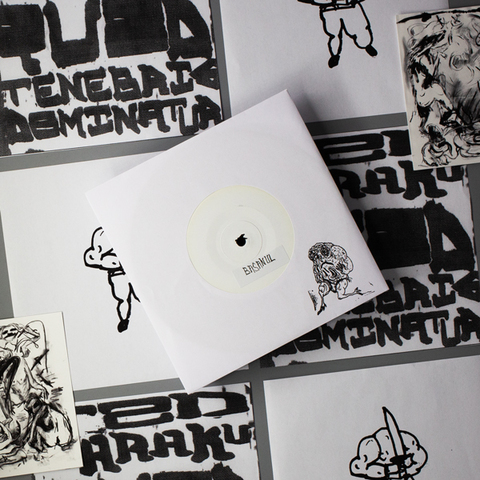 Carved out of mud, slime, clay, grime, decay, and swirled into a tumultuous death grind of bad vibes, the next offering on Ceramics is here.
Much like the latin, german and japanese derived titles and names suggest, Tod Daraku’s ‘Quod Tenebris Dominatur’ finds itself shrouded in overwhelming darkness and mystery, towering up before us like a nightmarish hallucination of the grym reaper himself, rising from the grave of all graves.
Although some rumour that he himself is a reincarnation of two persons previously known to frequent Avon & Italia before the days of the Plague, we are led to bow to Tod Daraku, as his is the name that is printed onto the scribe that folds around this particular musical artefact of sin and desire.

The artefact comes in a circular shape molded out of hot black wax, so hot that it would burn your hand if you were too hastily intrigued by the touch. Shipped over via the moors of ye olde Hammaburg, this artefact has been pressed one for one, by hand, onto two hundred so called 7″ discs, for revolution at 45rpm.

On the top side, we find ‘Baal’, a discombobulating reverberation from hell, like a bloodhound snarling at you from 6 feet below, hot wired to your heartbeat and crawling through your skin, skeletal recalibration, like the ecstatic panic of a thousand insects in your bloodstream. A deathly poem of hope, for hopeless times.
Basanul is the next sonic on this disc, unlocked once you place a needle at the edge whilst it rotates.
Make one last prayer before you turn the key to enter this particular tomb of sound. Upon your participation in the amplification of these synaptic frequencies and the devil speak, there is no option but to allow your uttermost evil to escape from within the darkest sides of your soul, as blood runs black and eyes turn red.
Tod Daraku is here, and from now on you will fear no gods and no masters.
Dancing to the drum song of the end times, relishing the final vibrations of this planet which tries to forget it’s past, but is yet to realise that it is too far gone.

Pass your golden coins to Ceramics, the messenger, tonight before the clocks strike eight and darkness falls.
Find your source on the world wide web or in your town’s most informed music shoppe, and hurry before it’s too late. 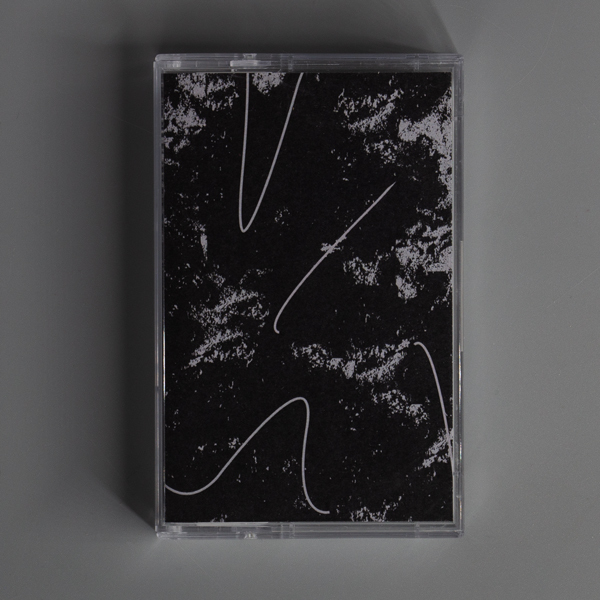 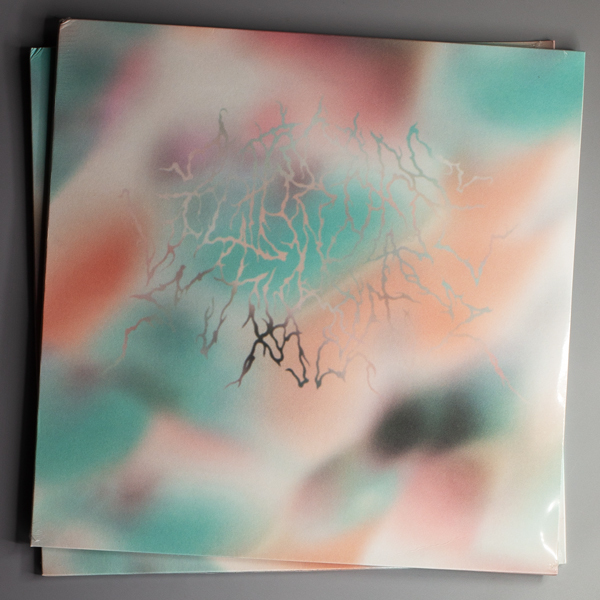 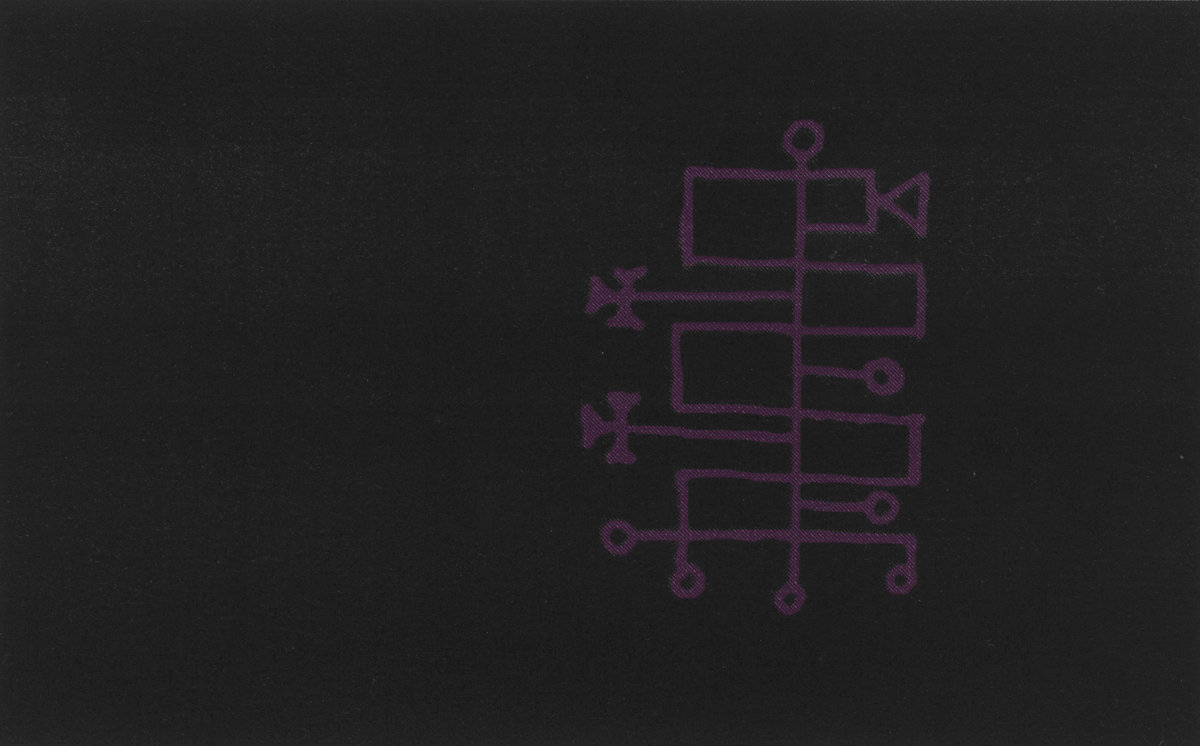 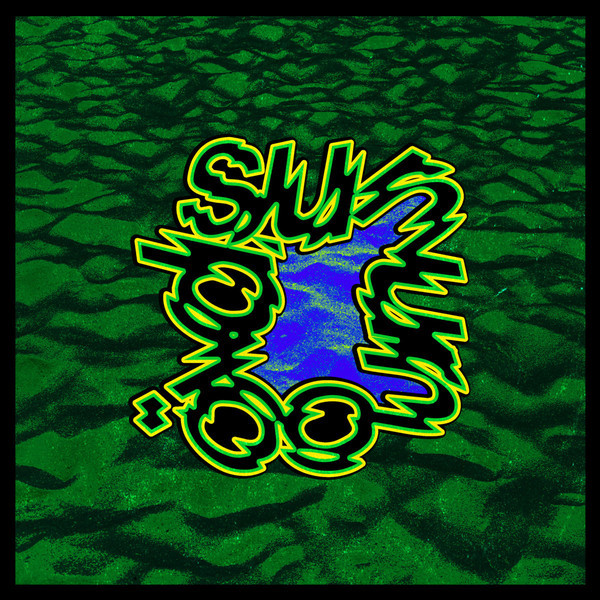 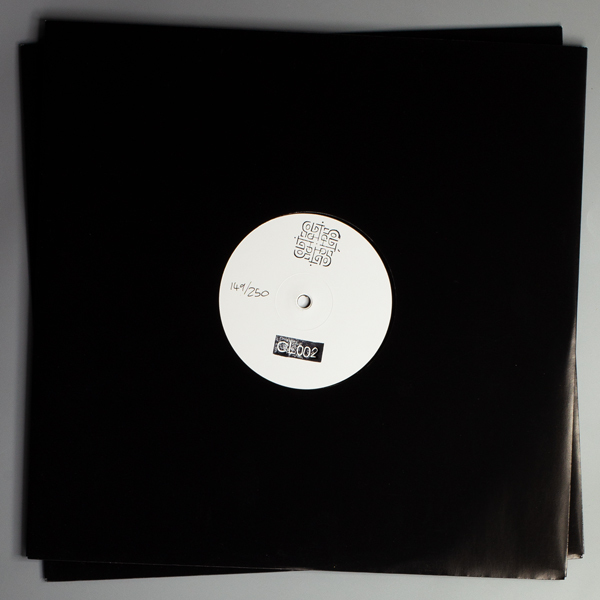 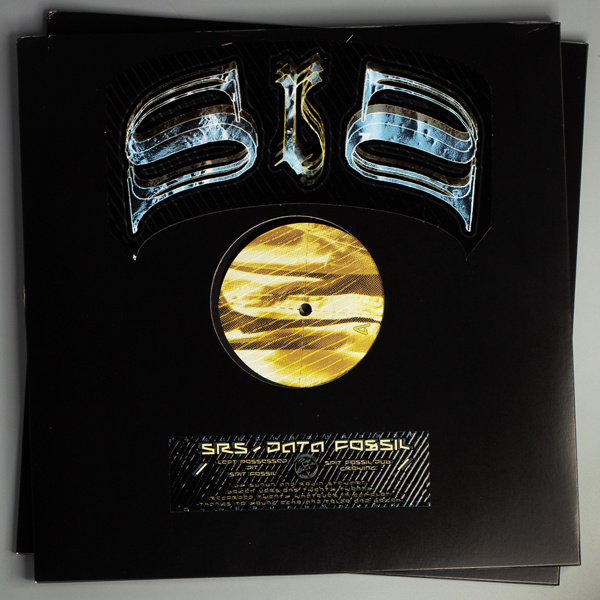 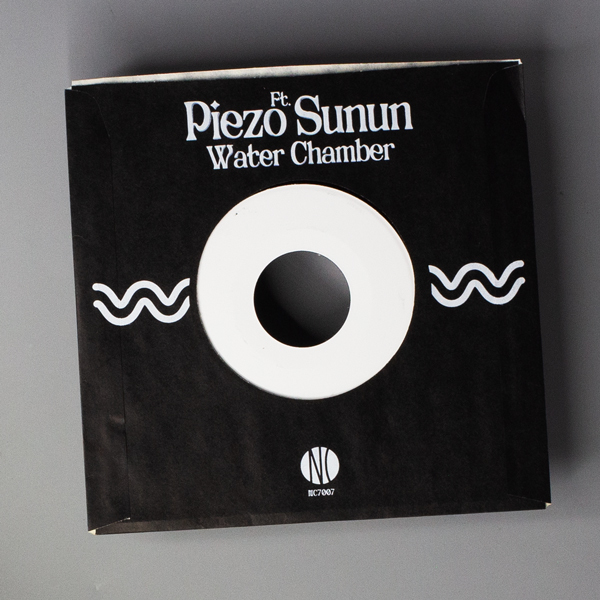