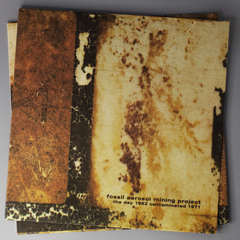 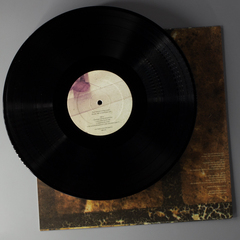 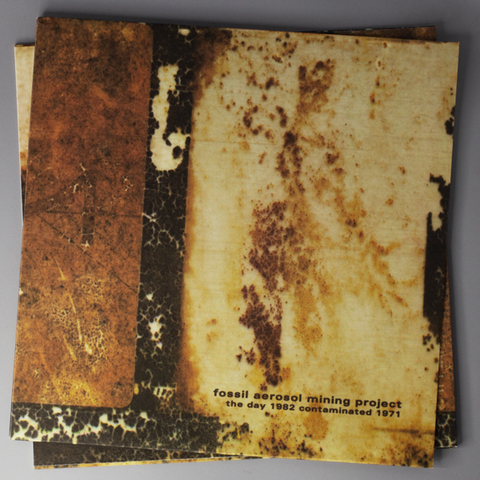 an enigmatic cartel of urban spelunkers, ruinous sound ecologists and earnest refuseniks, the fossil aerosol mining project began its collective service in the 1986. film, sound installation, and audio recordings have all been part of their broader agenda, all of which falls under a wholly unified aesthetic. their's is a post-industrial model, sifting detritus from the wastelands located in midwestern rust-belt communities shuddering in the downward spiral of economic demise. upon the re-assembly of these materials -- often culled from 35mm film and 1/4" magnetic tape found in abandoned drive-in movie theatres and warehouses -- the fossil aerosol mining project interweave with ready-mades of their own disintegration. at this site of cultural and anthropological research, forgotten memes and planned obsolesce begin to map previously hidden routes through the psychological and existential landscape of the american psyche -- past, present, and future.

over the years, the fossil aerosol mining project has collaborated with :zoviet*france: -- the semi-anonymous cabal of pseudo-ethnomusicologists into our pre-apocalyptic past that could easily be seen as fossil aerosol's british counterpart. with the day 1982 contaminated 1971, the fossil aerosol mining project reconstitutes dissociated fragments from nearly-lost genre films of the 1970s, filtered by scratched celluloid, bad splices, dropouts, and damaged control tracks. within piles of reversed tape loop miasma and time-lag accumulation, fossil aerosol magnifies the grit, the errors, the bad splices, and the dropouts within their mesmerizing and hypnogogic studies of uncanny dislocations. helen scarsdale is honored and flattered to be working with fossil aerosol. 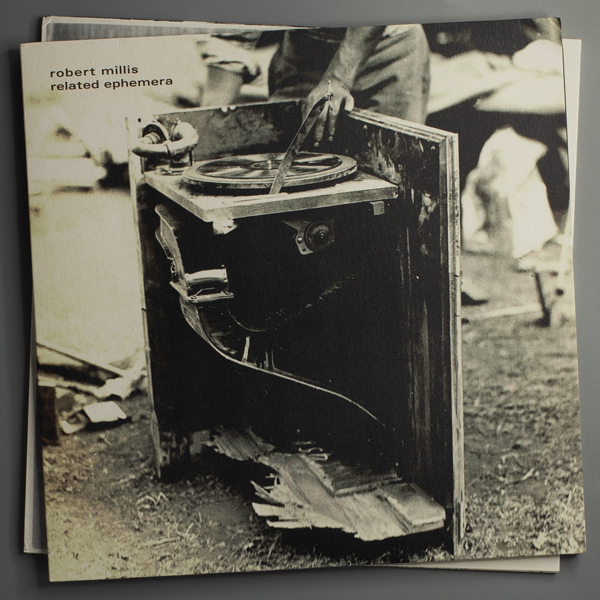 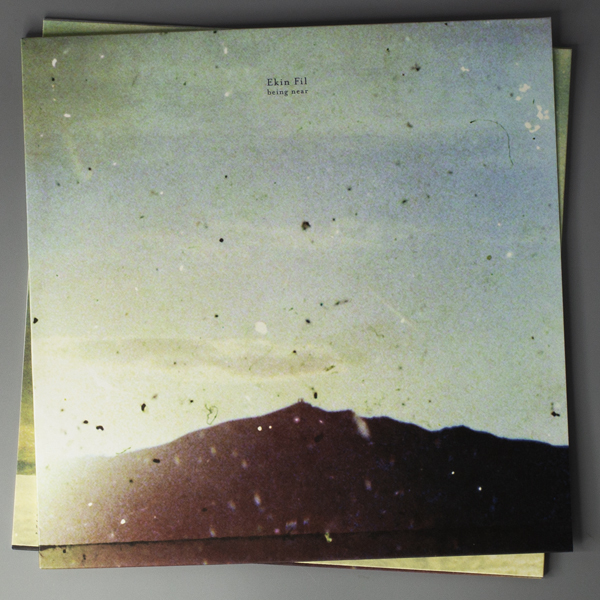 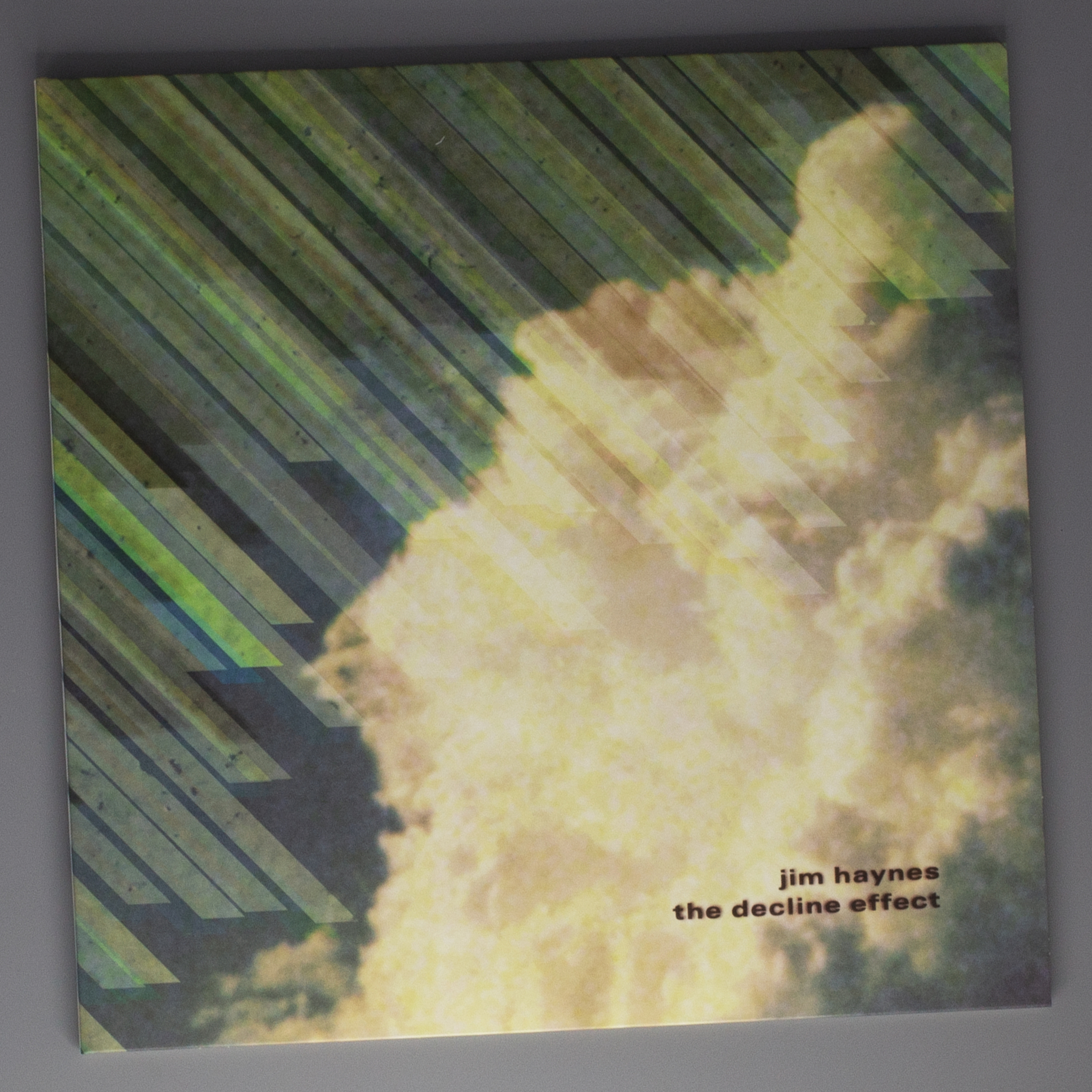 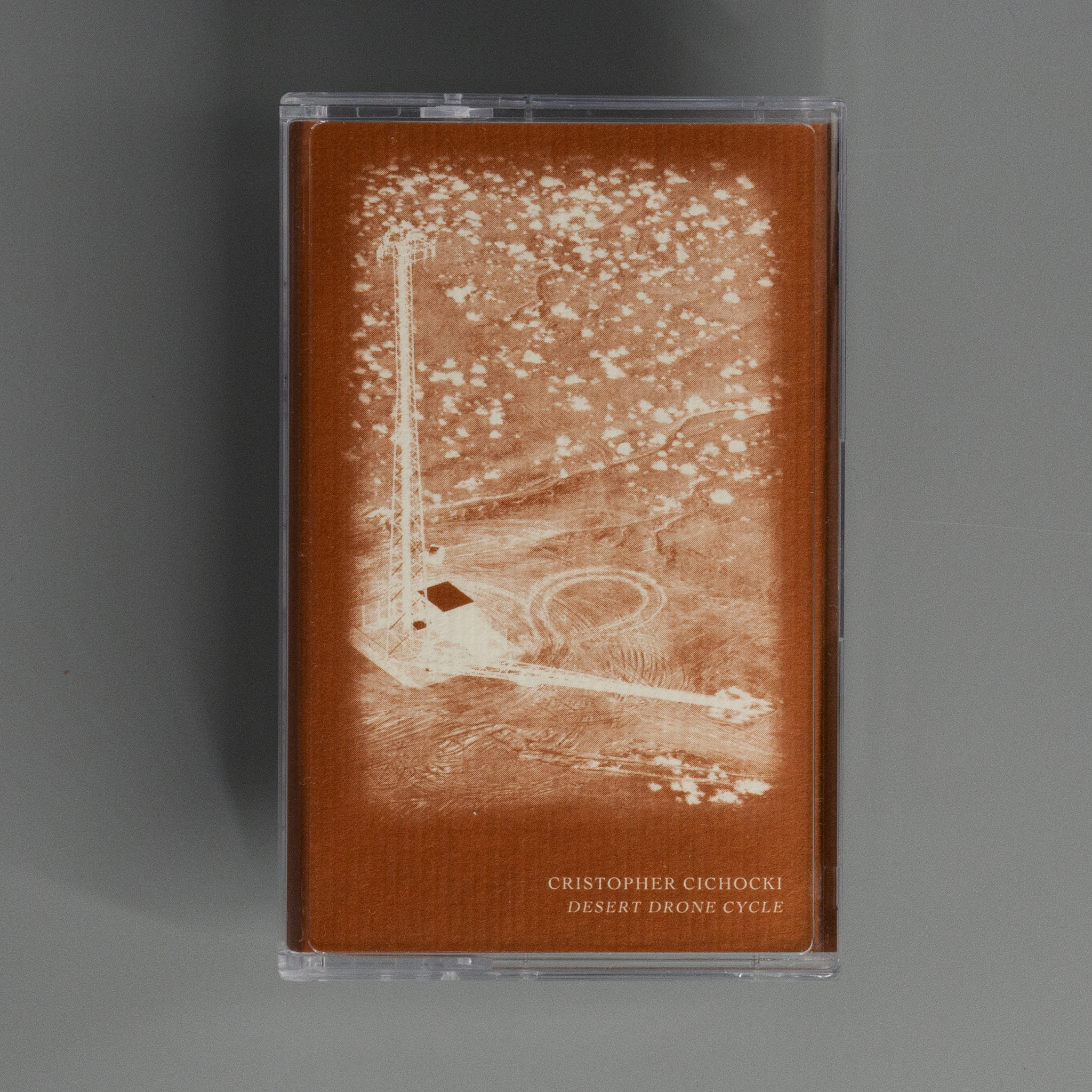 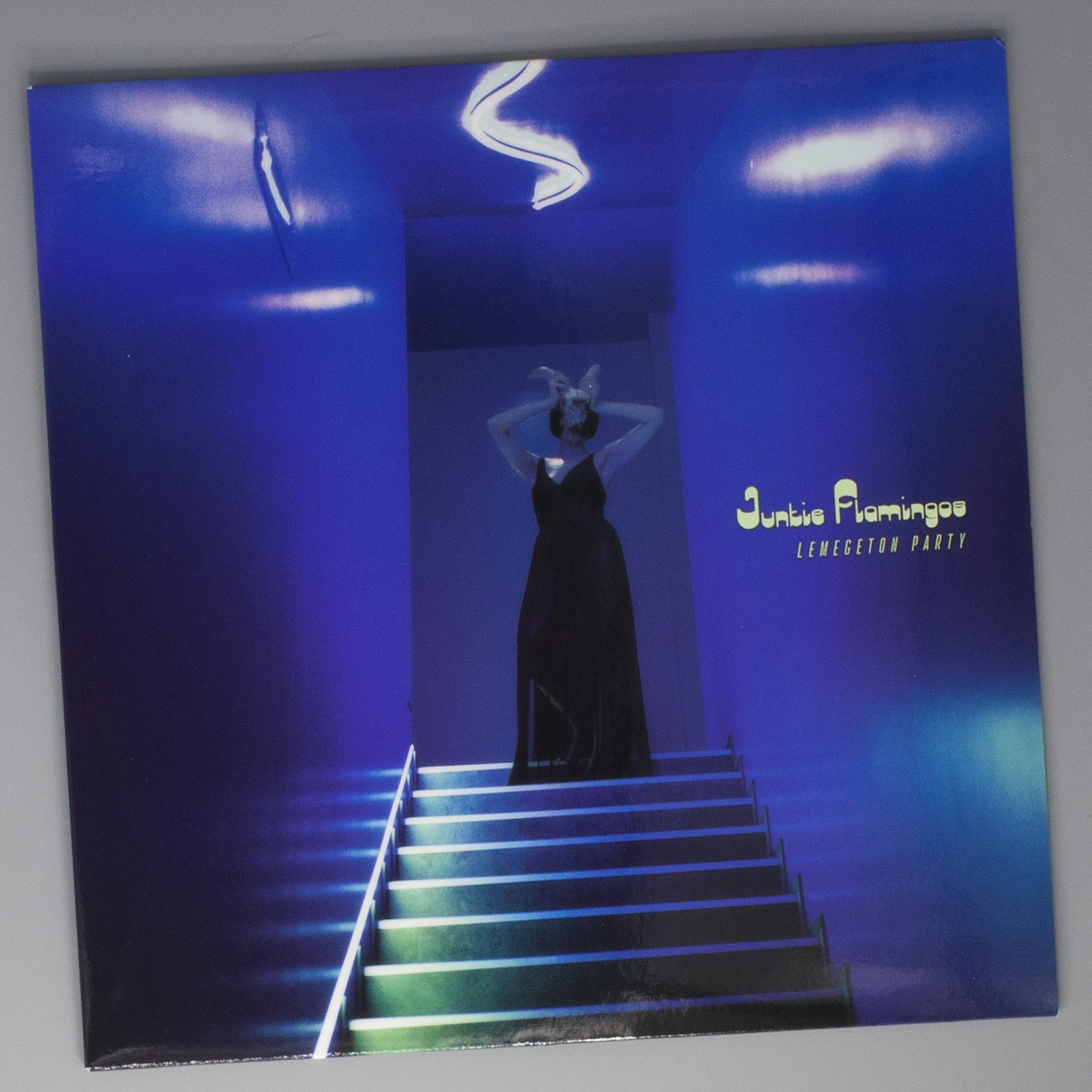 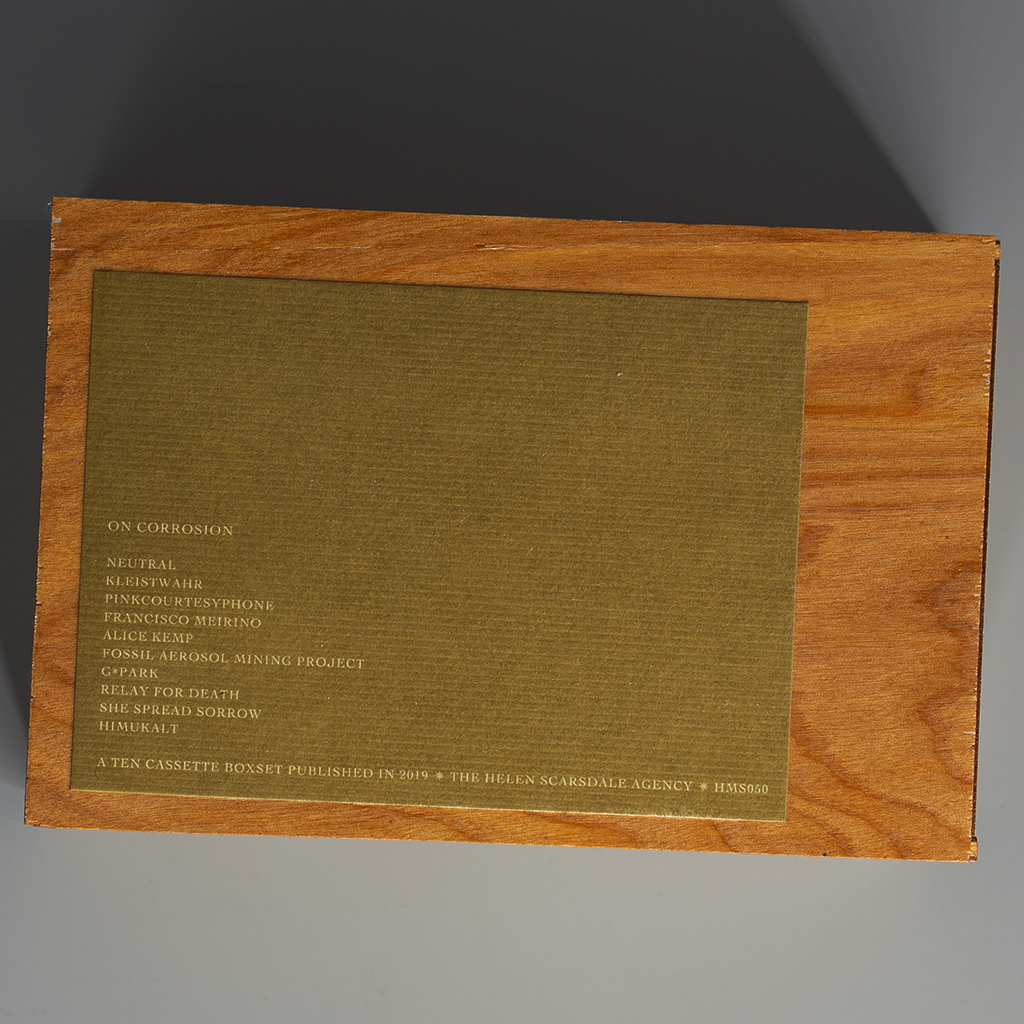 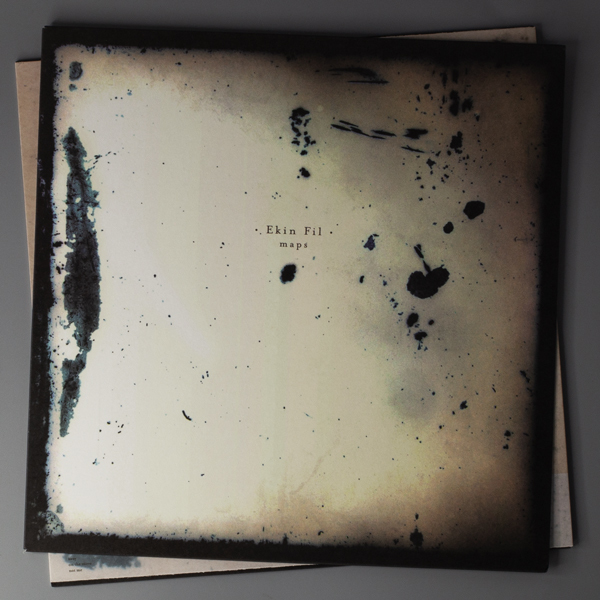